VANCOUVER, BRITISH COLUMBIA – Vancouver, British Columbia, May 6th. 2022 Green Battery Minerals Inc. (“Green Battery” or the “Company”) (TSX-V: GEM, FSE: BK2P, WKN: A2QENP OTC: GBMIF) – is pleased to provide initial assay results from twelve diamond drill holes that were completed as part of the Company’s successful first phase of drilling on the newly discovered Zone 6 area at the Berkwood Graphite Project, situated 280 km north of Baie-Comeau, Quebec. The program drilled into the outcrops and proved up our concept that our graphite is open to depth.

A total of 12 exploratory drill holes were completed for a total of 970 metres. Six of the twelve drill locations were drilled into outcrops and intersected significant graphite enrichment. The other 6 holes where exploratory holes meant to explore various areas on our airborne geophysical anomaly.

Tom Yingling, President and CEO states, “We are very pleased to announce that our maiden drill program on Zone 6 has not only confirmed the presence of Graphite in numerous holes but that we have some significant intersects of graphite testing as high as 28 percent. Maiden drill programs on a new geophysical target are always risky so having such great results right out of the gate is very encouraging. Zone 6 is a whole new graphitic body located only a short distance away from our existing resource located at Zone 1. Now that we have compiled the data from the 12 holes drilled on Zone 6, we can pinpoint future drill locations planned for the Summer drill program.” 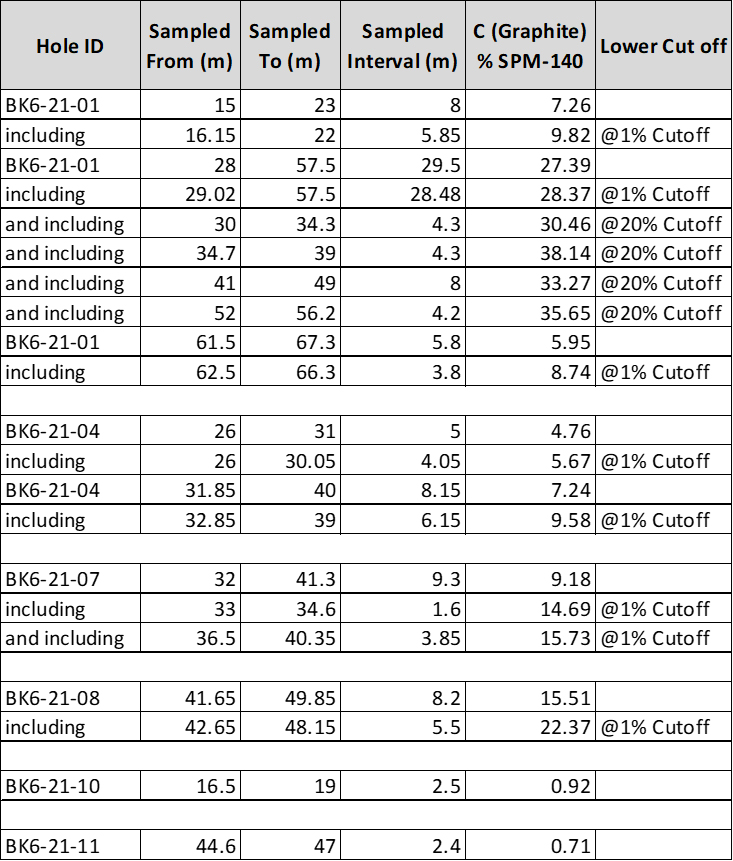 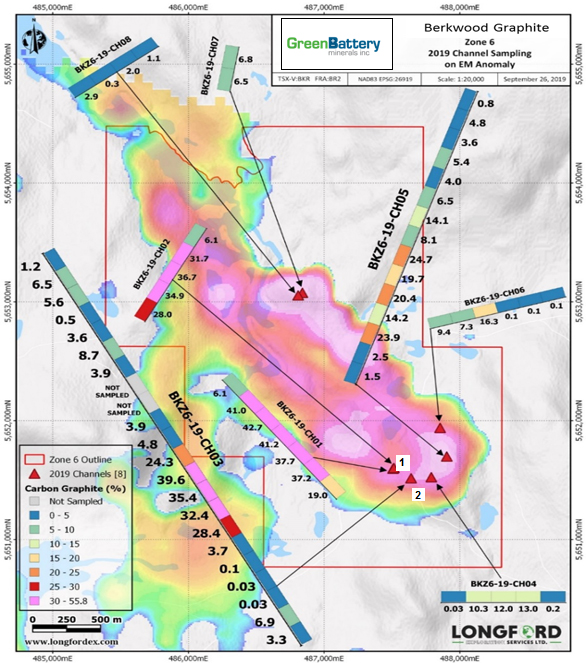 Below are pictures of the graphite outcrop on the side of the hill. 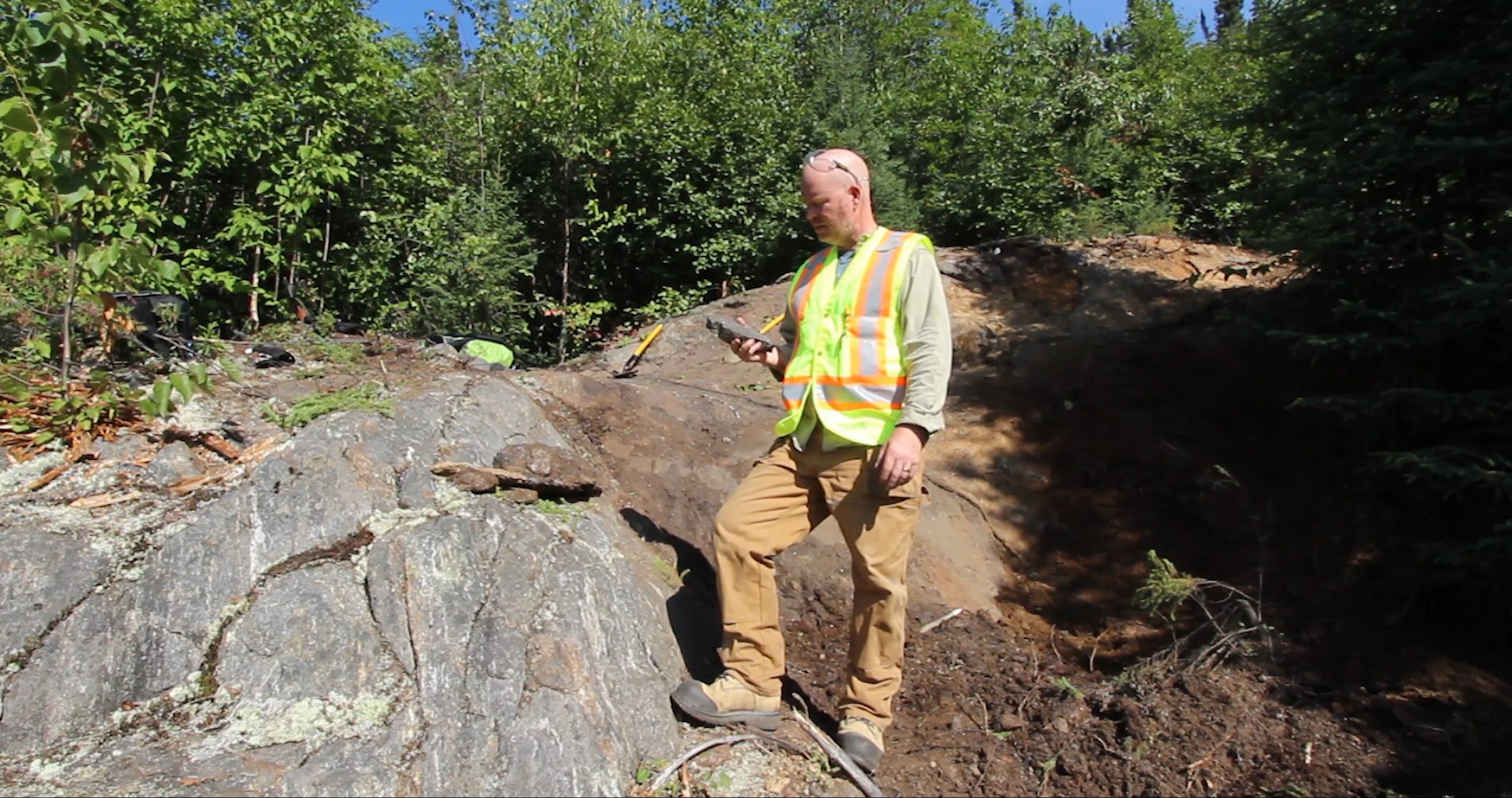 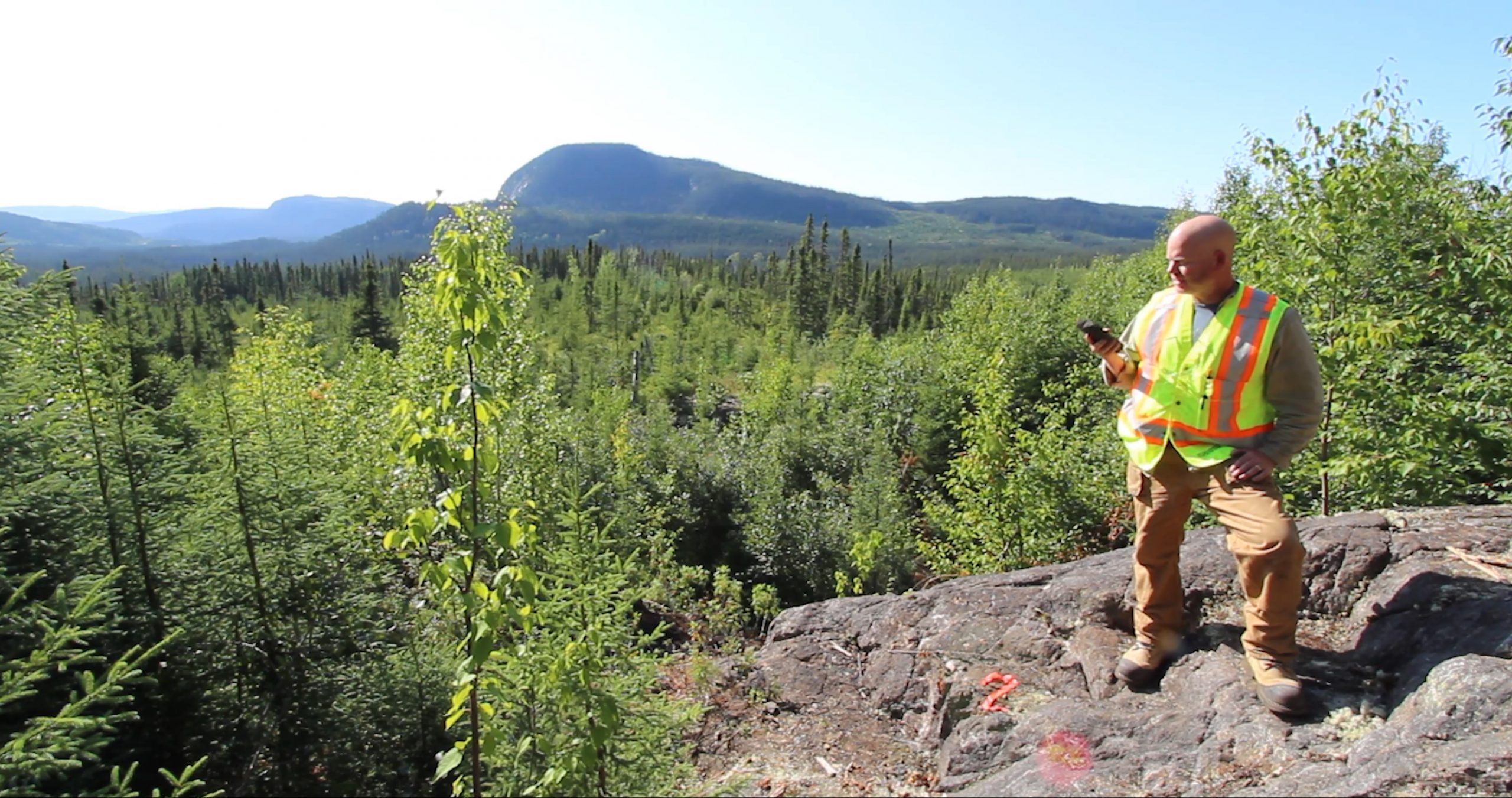 The above intervals are drilling lengths, not true widths, because the true orientation of the enrichment horizons has not yet been established. 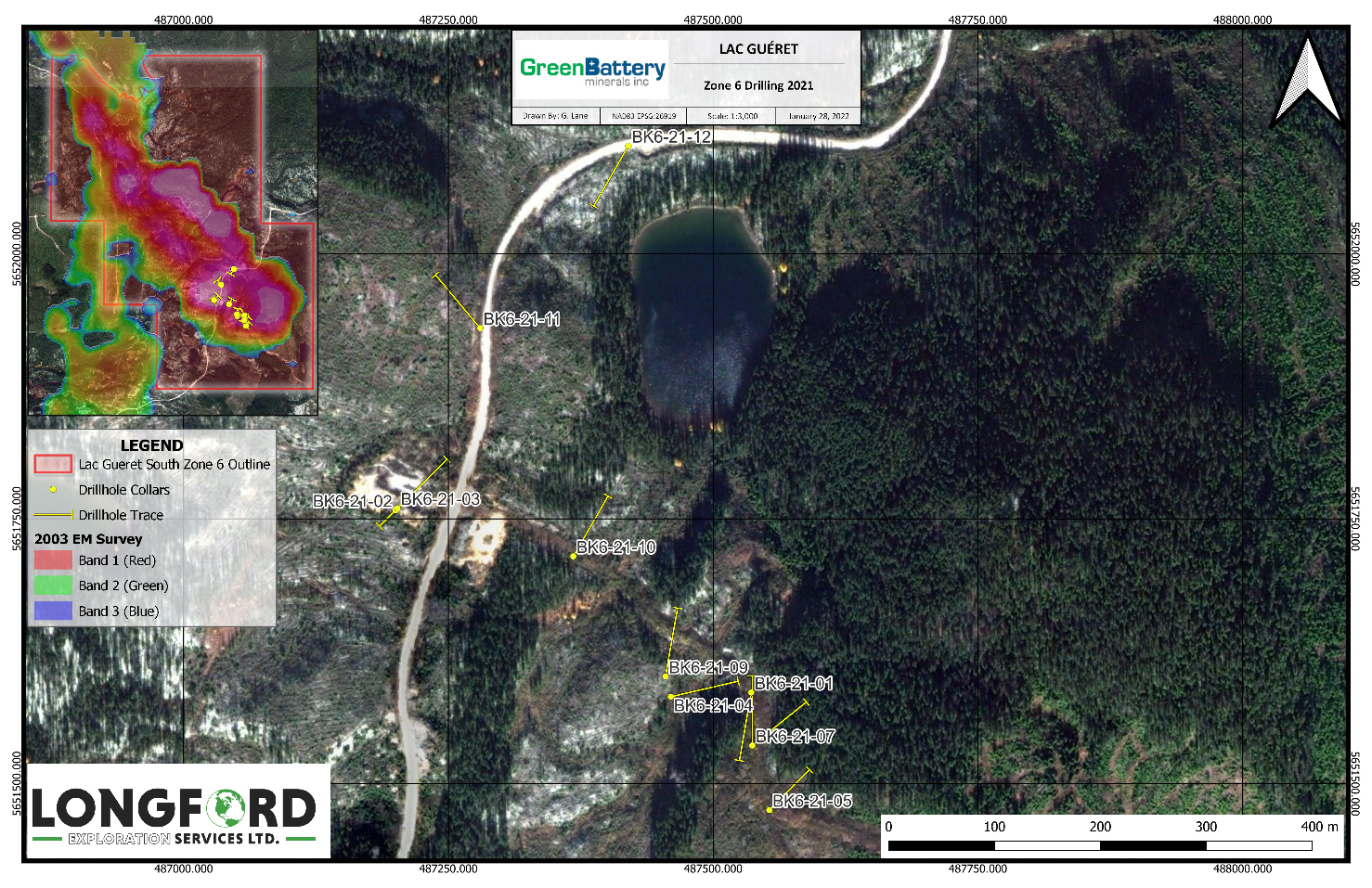 The 2021 drilling focused on the southern limb of the interpreted fold structure, the successful intersections suggest a structurally controlled antiform hosts the graphite enriched horizons, and distribution is broadly coincident with the magnetic anomaly, the company intends to complete additional structural mapping followed by further confirmation drilling in Q2/Q3 of 2022.

Eighty-six diamond drill core samples of sawn core have been collected from core lengths usually varying from 0.3 to 1.50 m depending upon geological and mineralogical constraints. Every tenth sample, a QAQC measure was entered in the sample submission in the order of standard-blank-standard-duplicate. The standard selected is OREAS 723; a certified reference material containing 5.87% TGC (Total Graphitic Carbon). For the eighty-six core samples submitted, there were ten QAQC samples – 11.5%.

Samples were delivered to MSALABS in Langley, British Columbia, an ISO accredited laboratory. There they were crushed to a nominal minus 2 mm, split into representative sub-samples and then pulverized to at least 85% minus 75 microns before collecting sub-sample pulps for each of the core samples.

All sub-sample pulps were analysed for both Total Carbon + Total Sulphur (SPM-512) and Graphite Carbon (SPM-140). The Graphite Carbon analysis process involves the sample to be washed, leached, and the residue measured by induction. The detection range for this analysis is between 0.02-50%, while the SPM-512 detection limit for both Carbon and Sulphur is 0.01-50%.

Qualified Person: Alexander Beloborodov (P.Geo) is a Qualified Person (“QP”) as defined by National Instrument 43-101 guidelines, and he has reviewed and approved the technical content of this news release.

Certain statements in this document which are not purely historical are forward-looking statements, including any statements regarding beliefs, plans, expectations or intentions regarding the future. Forward looking statements in this news release include that the Company will carry out the drill program described in this news release, conduct the Offering and expend funds on Berkwood Graphite Project exploration. It is important to note that the Company’s actual business outcomes and exploration results could differ materially from those in such forward-looking statements. Risks and uncertainties include that further permits may not be granted timely or at all; the mineral claims may prove to be unworthy of further expenditure; there may not be an economic mineral resource; methods we thought would be effective may not prove to be in practice or on our claims; economic, competitive, governmental, environmental and technological factors may affect the Company’s operations, markets, products and prices; our specific plans and timing drilling, field work and other plans may change; we may not have access to or be able to develop any minerals because of cost factors, type of terrain, or availability of equipment and technology; and we may also not raise sufficient funds to carry out our plans. Additional risk factors are discussed in the section entitled “Risk Factors” in the Company’s Management Discussion and Analysis for its recently completed fiscal period, which is available under Company’s SEDAR profile at www.sedar.com. No assurance can be given that any of the events anticipated by the forward-looking statements will occur or, if they do occur, what benefits the Company will obtain from them. These forward-looking statements reflect management’s current views and are based on certain expectations, estimates and assumptions, which may prove to be incorrect. Except as required by law, we will not update these forward-looking statement risk factors.